Espresso is a term often heard when talking about coffee, but it’s not always clear what exactly makes espresso, espresso. Here’s the brief answer: espresso is a way of brewing coffee where intense pressure quickly pushes the water over the coffee grounds. What results is a sweet, intense coffee product.

Espresso vs. coffee: What’s the difference?

Espresso is coffee, but not all coffee is espresso. Espresso is brewed differently than what most people in the United States mean with they say “coffee.” What most people have in mind for coffee is a beverage produced by a drip coffee machine or a French press resulting in a mug full of coffee. But that’s simply one way to use a coffee bean to produce a drink, and making espresso is another.

How do I pronounce espresso?

The word espresso is pronounced [e-spres-oh]. There is no “x” in the spelling or in the way it is pronounced.

Are the bags of coffee beans labeled “espresso” at the store actually espresso?

No, the only way to create actual espresso is through a pressurized brewing process. Beans labeled “espresso” are a roast that is made to do well and taste great if used for making espresso. You can use these coffee beans to also make any other type of coffee such as in a French press or drip coffee.

Does espresso have more caffeine than drip coffee?

According to the USDA, one shot (which equals one ounce) of espresso has 64mg of caffeine. The USDA says that one eight-ounce cup of coffee has 95mg of caffeine.

In an ounce-to-ounce comparison, espresso is much stronger than drip coffee.

But, one does not serve espresso and drip coffee in the same way. Three shots of espresso is roughly equivalent to the amount of caffeine in a medium (16 oz) cup of drip coffee.

Most coffee shops, such as Starbucks, serve two shots of espresso in a 16 oz beverage. If you want to match the amount of caffeine in the equivalent size of drip coffee, just as for another shot!

What does a double shot mean?

Espresso is measured by a shot, which is one ounce of liquid. A double shot means two shots or two ounces of espresso. Two shots of espresso are also often called a doppio.

Starbucks has a line of espresso products it produces under the brand name “Doubleshot.” These don’t necessarily contain two shots of espresso.

Can you drink espresso the same as coffee?

Espresso is measured and served by the ounce. You can drink it by itself but you won’t be filling up a large mug full of espresso.

If drinking espresso straight, a doppio is the most common drink, which is two shots (two ounces) of espresso. You then pour the espresso into a small cup also known as a demitasse and then serve.

How do you order an espresso?

If you want to drink just espresso, the most common way for one to order it is to ask for a “doppio.” You will be served two shots (two ounces) of espresso in a small cup.

Two other common drinks are a doppio macchiato and a doppio con panna.

A doppio macchiato is two shots of espresso served with a dollop (or mark) of foamed milk. (Don’t confuse this drink with a similarly named drink, the caramel macchiato, which is more akin to a latte.)

A Doppio con panna is two shots of espresso served with a dollop of whipped cream.

How is espresso used in coffee shops?

Espresso is the base for many drinks such as lattes, cappuccinos, and americanos. Espresso provides a way to quickly make on-demand coffee beverages.

Can you use regular coffee beans to make espresso?

Yes, any coffee beans can be used to make espresso but ones specially formulated for espresso often work and taste better.

Can I get it decaf?

Yes, since you can use any coffee beans to make espresso, you can also use decaffeinated coffee beans. If you want decaf espresso at a coffee shop, just ask! Most places have it as an option.

Espresso has a slightly bitter, sweet, and full taste, especially compared to drip coffee. It will taste different based on the type of beans used and the exact way the espresso is extracted. Hints of chocolate, caramel or fruit are often present.

Yes, espresso beans are the same as any other coffee bean and can be eaten by themselves. Though, the taste of a bean by itself is often bitter and grainy. That’s why you’ll often find “espresso beans” sold covered in delicious chocolate.

Keep in mind that these beans aren’t technically espresso at all, but they are often roasted in a way that is ideal for espresso.

And yes, you do still get caffeine from eating a coffee bean. A whole ounce of chocolate-covered espresso beans has 227 mg of caffeine, which would be just a bit more caffeine than a 16 oz cup of brewed coffee.

When was espresso invented?

The first espresso-type machine was invented in 1884 by Angelo Moriondo. In 1903 Desiderio Pavoni bought the patent to the espresso machine and started the La Pavoni company which then started selling espresso machines.

Espresso increasingly became popular as the machines improved, and it created a way for coffee shops to serve coffee on-demand very quickly.

In the United States, through the 1980s, and then the 1990s, espresso at coffee shops rose astronomically in popularity. Starbucks is largely credited with making coffee culture and espresso mainstream to the masses, although several chains and small coffee shops also gained traction during that time.

Do I actually need an espresso machine to make espresso?

Yes, you need some sort of machine to help create the type of pressure that is needed to make coffee beans into espresso.

The core of how espresso is made is by quickly pushing water through compacted, finely ground coffee beans at approximately nine bars of pressure. This process is not possible to achieve without some help from a machine. Using a Moka Pot or various home equipment can create something similar.

What are the parts of an espresso shot?

The three parts of espresso are the crema, body, and heart. The crema is the top layer that appears a lighter color than the rest and tastes the sweetest. The body is the middle layer and the largest part. It has a darker brown color and contains much of the richness you find in espresso. The last part is the heart, and this is a deep brown color and contains acidic flavors. What exactly “mocha” means is both simple and complicated. In most scenarios when someone says mocha, they are referring to a caffè mocha, which is simply a latte flavored with chocolate sauce. It could also mean something flavored with coffee and chocolate, a color that’s a rich brown, or even a specific coffee bean. What’s…

If you’ve spent any time on social media (especially TikTok) in the past years, you’ve likely heard about Starbucks’ “secret menu.” As a former Starbucks barista, I am here to tell you that the secret menu is a myth. In fact, there is only ONE offering I can think of that would truly qualify as… Portland, Oregon is known for its coffee scene, and that’s one reason I love living here. It’s awesome to always have freshly-roasted coffee beans available from local roasters. Whether you live here in Portland or want to experience the coffee scene from afar, these seven Portland-roasted coffees will give you a taste of the city’s…

Overnight oats are a popular breakfast item and making them with coffee can only make your morning better. You can create overnight oats with coffee, cold brew, espresso, or whatever works for you. Adding other ingredients will only up the deliciousness. Take a look through the recipes below to find your fave! FAQ With drip… Below are fifteen gifts for coffee lovers under $20 that will ensure your recipient is happy. Your coffee-loving friend or family member will be thanking you for your thoughtfulness. 1. Silicone mug covers ✨ These are the cutest silicone mug covers you can find, and Amazon has options for cats, cacti, butterflies, and more. These… 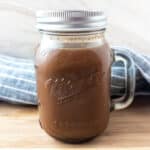